Scottish effigies in the Saint-Germain-des-Prés Abbey in Paris

Since the end of the 13th century, the realms of France and Scotland were officially bound by mutual military aid contracts that laid the foundations of the famous Auld Alliance. Many Scotsmen came to France to make war as archers and soldiers in the service of the French kings, or to make business in the cities of Rouen and Dieppe on the coast of Normandy. Many Scots also came to the Continent to study at the famous Paris Sorbonne University. In the later 17th century, the Collège des Écossais was founded in Paris to host Scottish catholic students. Two Scotsmen who came to France at that time, never returned to their homeland. Their beautiful white marble effigies are situated in the oldest church of Paris, the Saint-Germain-des-Prés Abbey church in the very touristic 6th arrondissement of the French capital.

In the 17th century, one of the many Saint-Germain-des-Prés side chapels, Saint Christopher’s, was chosen as the funeral site by several members of the Scottish Douglas family. The earliest tomb belongs to William Douglas, eldest son of a family of ten. Following the death of his father, he became the 10th Earl of Angus in 1591. William had converted to Catholicism and was therefore in constant conflict with James VI. At the end of the year 1608, the king permitted him a voluntary exile to avoid forfeiture. William Douglas left for Paris where he died on 3rd March, 1611. His son William, 11th Earl of Angus, erected his father’s tomb in the Saint-Germain-des-Prés Abbey church. The original epitaph was destroyed during the French Revolution, but the inscription is preserved. It advises the visitor – in quite rough Latin – to contemplate the effigy of heroic and good prince William, duke of Angus:

William Douglas’ white marble sculpture was probably executed by Michel Bourdin the Elder. However, there is no proof of this presumed authorship.

William was the grandfather of James Douglas, third son of William Douglas and Margaret Hamilton, born c.1617. James was sent as a boy to France and became a page to king Louis XIII. The French king appointed him colonel of the Régiment Écossois, the Scots Regiment, in 1637. This military corps, the king of France’s personal bodyguard, was later renamed after its young commander the Régiment Écossois de Douglas, the Scots Regiment of Douglas. James was killed somewhere between the cities of Arras and Douai in Flanders on October 21, 1645, aged 28, fighting in one of the battles of the Thirty Years’ War.

Like his grandfather William, James Douglas was buried in St. Christopher’s chapel in the Saint-Germain-des-Prés Abbey church. The inscription underneath his marble effigy had been originally engraved on a silver blade, found near his coffin. On his tomb currently situated in St Teresa’s chapel, the duke James Douglas is hailed as « the new hope of the Douglases, Homeland light, offspring of Kings and French-Scot »:

His tomb, erected in 1668, is attributed to the French sculptor Michel Bourdin II the Younger, who died in 1678. More photographs of the two marble tombs in Saint-Germain-des-Prés Abbey church can be seen here and here. 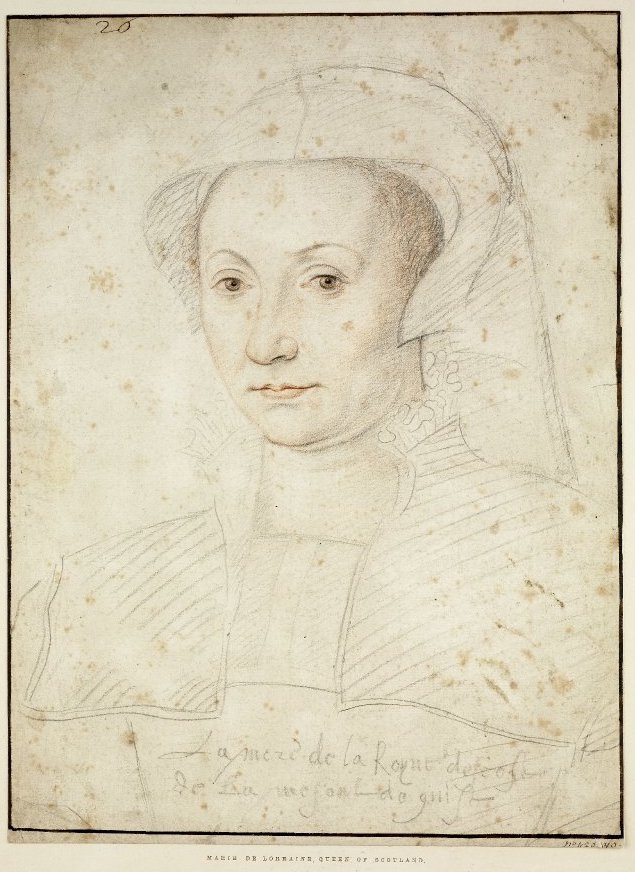